Vinhomes Riverside Villa - The Harmony "Hot" at the end of year

At the end of the year, when the demand for housing increases sharply, the last villas of the Vinhomes Riverside - The Harmony project are being sought by investors and real estate seekers.

Vinhomes Riverside Villa - The Harmony "Hot" at the end of year

In the last five years, positive changes in transport infrastructure and social infrastructure have transformed the eastern face of Hanoi. Significant bridges and roads were formed such as Dong Tru Bridge, Vinh Tuy Bridge, Ngo Gia Tu Street, and National Highway 5, which made the connection between the East and the center and other areas of the city. is becoming more convenient. In addition, the East also formed large hypermarkets such as Aeon Mall, Savico Mall, ... The development on the regional real estate becomes attractive. 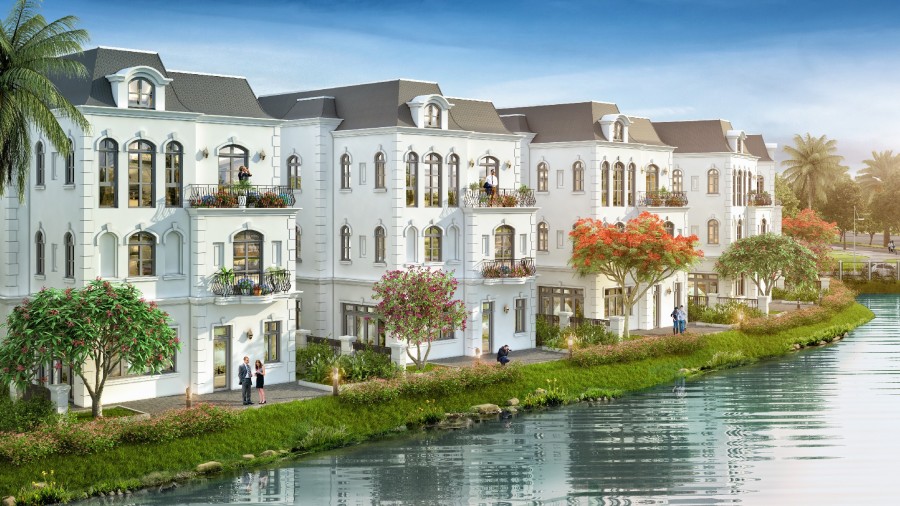 Most recently, Hanoi City People's Committee directed the construction of four bridges spanning the Red River, the Duong River and the second phase of the Vinh Tuy Bridge Project. This move made real estate east of Hanoi continue exciting.

In fact, the middle and upper classes in Vietnam have been increasing steadily over the years. In addition, strong FDI inflows also attracted a large number of foreign experts to live and work in Vietnam. This customer has high requirements, strict quality of housing.

However, over the years, a large number of East Villas have been abandoned due to lack of uniformity in facilities and services. In that context, the Vinhomes Riverside - The Harmony eco-urban area - a population of up to 1,500 villas became a phenomenon of the area. Because this is the first project in the East that is built on ecological trends and resort.

At Vinhomes Riverside - The Harmony, the living space is green and attentive to every corner of the house. Investors built only 21% of the total area of ​​97.6ha. The remaining area is for green landscape and water surface with 12.4ha central lake, 6km canal with 10.5ha of trees. Average green area per capita here is 60-70m2 / person.

Living in Vinhomes Riverside - The Harmony is not just green, it's also the resort of an international resort. The project brings together more than 100 high-end gadgets, including over 40 prominent point-of-sale gadgets including floating restaurants, lake promenade, central square, reading island, nursery garden, commercial center , ...

In the context of the East is severely scarce housing synchronized utility and high-end services, the appearance of Vinhomes Riverside - The Harmony part of the "thirst" that.

This is the reason why Vinhomes Riverside - The Harmony ecological villa attracted the capital of investors and people with real needs. The villas are always attracting customers when selling. The number of villas in the project is very small.

Opportunity to own the last villa

At the end of the year, when the cash flow accumulated in the people and the amount of remittances poured, the liquidity of Vinhomes Riverside - The Harmony increased. The final villa of the project is being invested and people have real needs to own. On this occasion, the owner also offers attractive sales policies. From 01/01/2018, when buying villas in Vinhomes Riverside - The Harmony, customers have the opportunity to receive gifts up to 700 million and the opportunity to participate in the lucky draw with prize value up to. VND5.6 billion.

Specifically, for customers buying villas in the sub-area of ​​Huong Duong, Phong Lan sub-area and part of Que Que sub-region, the policy of giving gifts to investors as follows:

Gift programs for the Tulip Subdivision and the rest of the Que Quat Subdivision include: